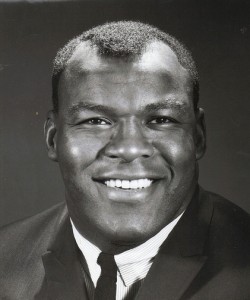 Cookie Gilchrist used his status as a professional athlete to become a leader in the Civil Rights Movement of the 1960s.

In 1963, along with Dr. Martin Luther King, Jr., Cookie marched on Washington D.C., striving for better job opportunities and basic freedoms for African-American citizens. It was at this march that Dr. King delivered his historic “I Have a Dream” speech, advocating racial harmony at the Lincoln Memorial during the march. The march is widely credited with helping to pass the Civil Rights Act (1964) and the Voting Rights Act (1965).

In January 1965, he led a boycott of the AFL All-Star Game in New Orleans, after he and other African-American athletes were unable to hire taxi-cabs and were refused service in restaurants and jazz clubs throughout the city. Some of the players even had guns pulled on them when they attempted to enter certain popular establishments.

Cookie gathered the players and held a vote to boycott the game. Joe Foss, the AFL Commissioner, backed the players, and 24 hours later the game was moved to Houston’s Jeppesen Stadium. 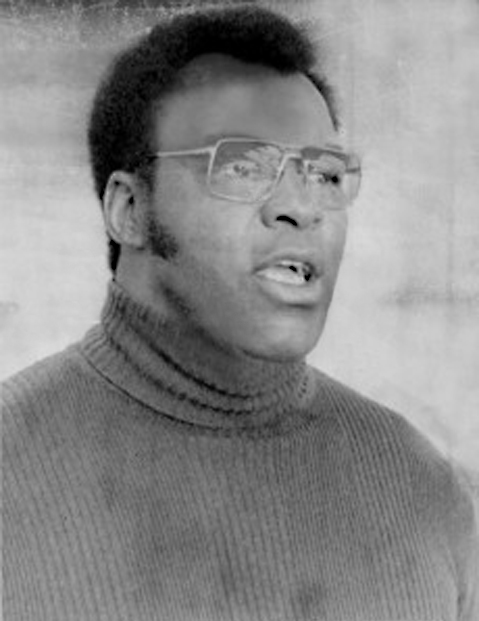 The actions taken by Cookie Gilchrist and his all-star teammates served as the inspiration behind Dr. Harry Edwards, Tommie Smith and Lee Evans launching the Olympic Project for Human Rights, which called for an African-American boycott of the 1968 Olympics in Mexico City. Traces of Cookie’s courageous stance can be seen even today, as Latino baseball stars like Adrian Gonzalez and Yovani Gallardo have indicated that they won’t play in the 2011 All-Star Game in Phoenix, Arizona, because of harsh anti-immigration legislation signed into law by Governor Jan Brewer. Cookie Gilchrist and the 1965 AFL All-Stars set the precedent.

When recalling the all-star game boycott in a 2003 interview, San Diego Chargers Hall of Fame tackle, Ron Mix, said, “The truth is, New Orleans should erect a statue to Cookie. The city wanted an NFL team, but it was not going to get it unless it desegregated. The boycott led to a change in the laws.”

When Muhammad Ali took his stand as a Conscientious Objector to the Vietnam War and was effectively “blacklisted” from the boxing ring, it was Cookie, Jim Brown and the other prominent African American athletes of the time who led the charge to reinstate Ali, which led to his becoming the icon that he is today.

As Booker Edgerson, a member of the Bills 1964 championship team put it, “Cookie was the Jim Brown of the American Football League; he was the icon of the league… But the biggest thing about Cookie is that Cookie did not take any mess off of anyone on or off the field. That’s his legacy.”